I’m back at work on a custom card deck I’m making: Magicalaurie’s Custom Cow Cards are in progress! I’m almost done with the portrait of the Jack or shall I say Yak? 🙂 of Spades.  Getting close… stay tuned for more artwork as the deck progresses.  I will be doing a painting for each card of the deck- that’s right, 54 cows… PLUS extra jokers- so more than 54 cows and I haven’t necessarily decided how many more. 🙂 If you like cows- and yaks are included in the family- this is the deck for you.

I was lucky enough to meet this young yak at the Arnprior Fair awhile back. He had a little edge, but was quite gracious in allowing some photos, all the same.  Beautiful creatures. He will be the only yak in the deck, a bit of a special guest, I suppose you could say.

The progress I’ve made with the painting in the last 2 days has changed it’s vibe for me now and he’s starting to make me a little nervous. I think that’s a good sign. Energy’s shifted and he seems a little more wild, I guess more like himself all of a sudden.

It’s been a little while since I did some painting and I’m not sure if I’ve been affected that way before. But I had a rather distinct sense of it last night. ♠ 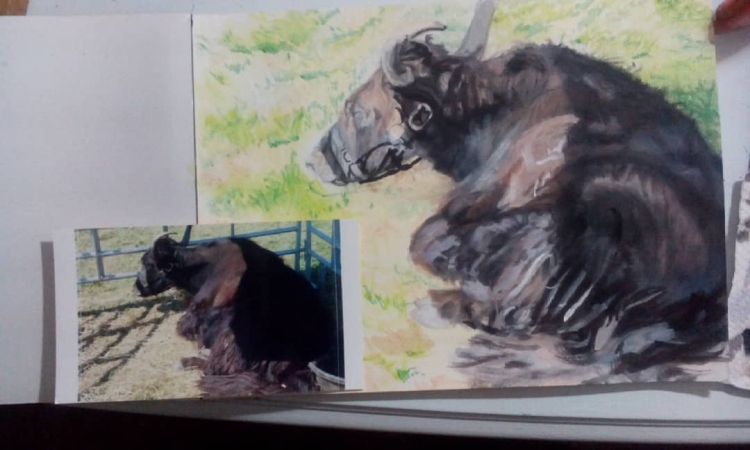